Meet the man who turned his hobby into a business! 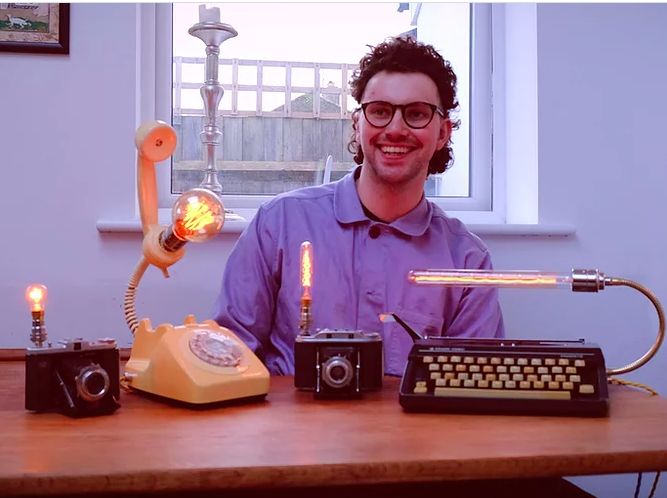 Friday-Ad advertiser David Murdoch owns ‘Revamped Lamps’, a small Brighton based business which prides itself on bringing new life and light into forgotten and once loved second hand items. David, who started the business in 2015 tells us how he has been creating quirky one-off lighting pieces that could brighten even the darkest of rooms!

Being a local Sussex man, we approached David to create a masterpiece using something he found on Friday-Ad after we’d spotted the fantastic work he’d previously done on his Instagram page. During the project he created some brilliant pieces including lamps made from vintage records, and old drum. Both using items people no longer needed on Friday-Ad.

We were so impressed with David’s creations that we then welcomed David to join our first partnered radio show with the ‘Brighton Business Show’.

When radio presenter ‘Lisa Moore’ asked how this business came about he explained `I’ve always been creative and had been in bands, but I decided I needed another hobby in his life”. David was working in a chocolate shop with no lighting which he said he found ‘mind numbing’ which he found affected his mood. He then became fascinated by the prospect that lighting can change the way we feel and decided to start creating his own lighting from upcycled items. He liked the fact he could recreate something using items that have a history and story behind them.

What began as a small hobby just over 5 years ago has now become David’s greatest passion. Being a ‘jack of all trades’ with many jobs and skills under his belt including plumbing and electronics, David has always been a quick learner. He taught himself everything from scratch such as wiring of lighting through Youtube videos.

David now creates unique and designer pieces using self-sourced items from places such as Friday-Ad, charity shops and antique shops which he handcrafts in his studio by the Sussex sea. He also offers a bespoke service where people come to him with items they’d like to be turned into something new. He particularly loves using items from up-cycled 20th century Delmonta camera bodies to 60’s Bakelite radios. 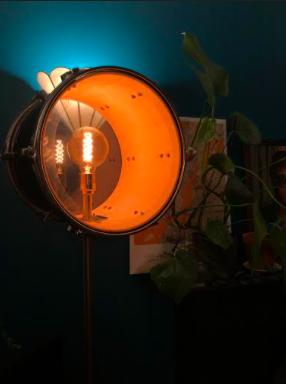 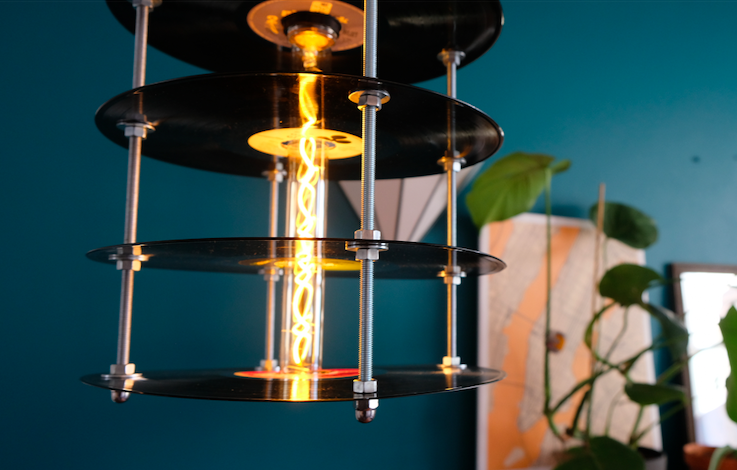 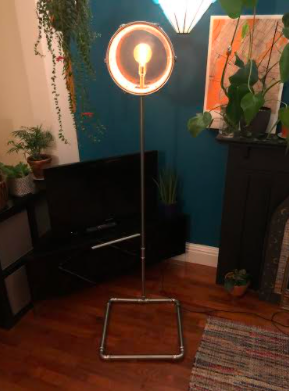 David’s advice for those considering making that ‘jump’….

When Lisa asked David what he would say to anyone that’s currently thinking “I love doing this and I wanna turn it into a business but don’t know where to start”. His reply was: “Buy a pen, buy paper and make a list! I’m a big believer in lists. Set yourself targets but realistic ones.” David explained this is the fundamental place to start and the best way you know if you’re achieving your targets. “Keep pushing yourself and your creativity” he added.

David described how he uses Friday-Ad to both sell his items using his online shop on Friday-Ad but also to source his second hand goods. He loves the community vibe and the local feel it brings.

The show runs  on the 3rd Sunday of the month at 2pm then:
– Following Wednesday at 10am
– Following Friday at 7am for the early birds

The next show will be on Sunday 20th June.

If you’re starting a similar business, We’re always here to support you through your journey too!