You’re never too old to become an author! 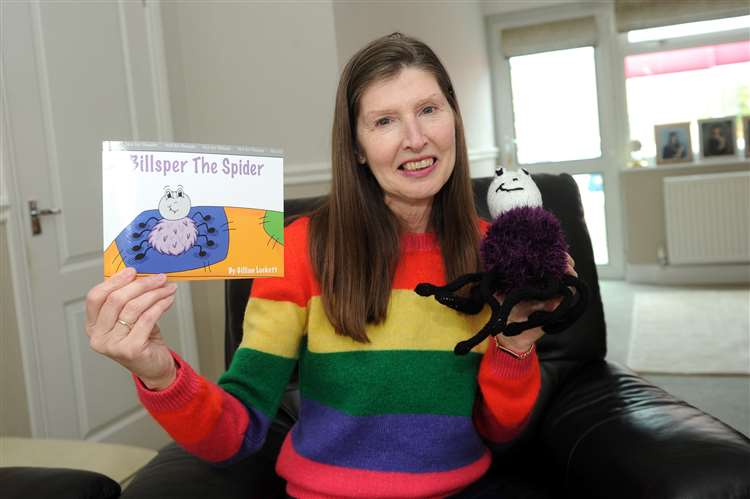 One of our readers wanted to share the news with us of of being a late starter at writing a book to inspire people that you’re never too old to start something new! In Gillian’s case to ‘become an author’ who published her first children’s book in May (2019) this year at the age of 64.

‘Billsper The Spider’ is her first book and hopefully one of many.  It’s about a spider that lives in any armchair at Grandma Green’s house.  It’s available from Amazon or direct from Gillian if you prefer to have it signed.  It is also available to loan from some libraries or you could request they buy one from their supplier.  Books have gone all over the UK and abroad including: Spain, Germany, Australia and the Phillipines to name a few!

This Children’s book is suitable for pre school primary school age but some adults have bought the book for themselves.  It’s a good book to have if you have a fear of spiders.

Gillian gained a skill for writing while attending several creative writing groups over the years. She had written a few children’s stories and other stories in the past but at one of her recent classes I wrote about ‘Billsper The Spider’.

“I saw a One Day Retreat for Writers advertised on Facebook and met Cara my publisher (author/publisher). Long story short she decided my story was suitable to be published. We found an illustrator and told her what sort of spider I wanted her to design. With a few alterations Billsper was created. I told her I wanted bright colours as I know small children love bright colours as I did my research.”

From start to finish it took less than a year to publish. She wanted to make sure the first book was a success so it was important to get it right. “I never thought it would be possible but anything is possible if you put your mind to it and never too late whatever age you are.” Said Gillian.

“I’m hoping to write more stories about Billsper. I have several at draft stage. I was a presence in a Children’s Writing Workshop during the October school holidays and have been asked to judge a Young Writers Short Story Competition organised by West Suffolk College.

My grandchildren age 8 and 12 think it’s a great story. Although my 12 year old granddaughter thinks it’s a bit too young for her. She wanted to be my illustrator but at the time she’d just started the senior school and had lots of homework but was happy to promote for me. Invited to our local library Suffolk Libraries to read to the Little Tots group wearing our printed Billsper The Spider T Shirts was quite an amazing day. We took Billsper the Mascot and the little children wanted him too.

“I have also heard this week that the book is now registered with the British Library.”- Gillian.

What a fantastic achievement for Gillian and it just shows it’s never too late to do anything in life! 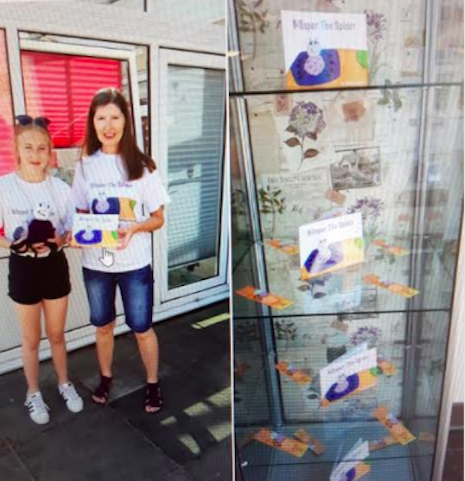 Send us your news!