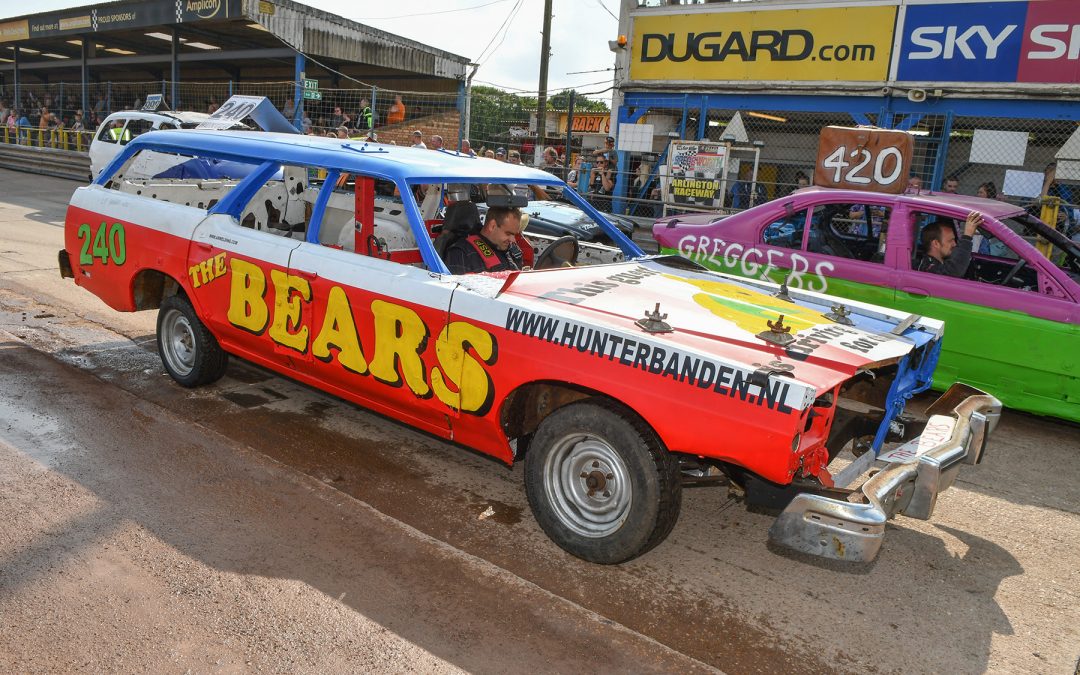 After it’s incredible success in 2021, The Brighton Bears award winning charity motor sport event – ‘The Big Bash’, returns to the Arlington Raceway in Eastbourne on Saturday 13th August at 5pm.

The ‘Old Lady of Arlington’ shook to her foundations last summer, when The Bears’ meeting had families cheering from the grandstands.

As soon as this year’s event was announced, organisers were inundated with driver bookings from right across the UK and Europe.

With so many star names from the sport set to compete on the night in front of the expected huge crowd, organisers are promising it will not only be the largest meeting ever held at Arlington, but also the most entertaining.

Not only is the capacity family crowd royally entertained each year, but the event raises staggering amounts for The Royal Alexandra Children’s Hospital.

To date a total of £175,000 has been handed over to ‘Rockinghorse’ the charitable arm of the hospital.

Michael Burnage MBE, event organiser and Rockinghorse ambassador, said “The difference we make as a group to the lives of sick children in the area, with the new equipment we purchase is staggering and incredibly humbling.”

Bears team captain, Nigel Riley said, “Each year we receive many compliments for organising such an outstanding race meeting in aid of Rockinghorse.”

“This summer we will once again be putting on a show for the whole family to enjoy including a traditional Destruction Derby.”

“Why not come along, enjoy the night in the knowledge that you are also helping such a worthy cause.”

The address for Arlington Stadium is: Arlington Road West, Hailsham. BN27 3RE.

For more details see the website www.spedeworth.co.uk or check out The Bears National Banger Team on Facebook/Meta.