Puppies Vs Kittens | Which Is Cuter?

Now for the most discussed topic, the most epic of all battles, the most important debate of all time. For centuries the world has been split on which should be deemed the winner. People have fallen out, fallen in love and fallen over, whilst discussing this age-old rivalry. Which is the cutest, the kitten or the puppy?

Okay, so it’s not exactly how to achieve world peace or end famine, but the age-old battle between puppies and kittens to win the hearts of us humans is a topic perfectly worthy of our attention. Obviously, there’s no straight forward answer to this – so I’ve broken it down into categories because I’m helpful like that (and maybe have way too much spare time on my hands) – a winner will be chosen from each and that will give us our overall winner!

Ding ding! So let’s be honest, as shallow as it sounds the very first things us humans notice about puppies and kittens are their cute little faces, waggy tails and big eyes. But who has the edge in the looks department?

Obviously there are a variety of breeds within the dog and cat world, and everyone’s personal tastes do vary in terms of what they find more adorable. Although they may have acquired a bit of an unfair image problem, for me there’s nothing cuter than a Mastiff puppy. There’s something about their floppy ears, little wrinkles and jowly mouths that I find completely adorable.

That said, there’s no shortage of gorgeous kittens and cat breeds out there too. Maine Coon kittens, for example, have large, up-pointed ears that give them a permanently inquisitive expression that you can’t help but smile at. And they’re fluffy. So. Fluffy.

And the winner is: BOTH! Not very good at this, am I? But how can I possibly make a choice based on looks alone?

Even though looks can go a long way – a pet who is happy to see us and wants to play will always seem cuter than one who is shy or stand-offish. Most puppies will instinctively run over to a human and make a big fuss of them, particularly if they are known to the pup. Puppies are also incredibly curious creatures and generally will greet a complete stranger with the same degree of love and affection. You can also train a puppy to obey commands and perform tricks, and their eagerness to please you is always completely adorable.

Although kittens are also friendly and inquisitive, there is a saying which summarises the difference between felines and their canine counterparts: “Dogs have owners, cats have unpaid staff.” At the end of the day, cats and kittens do what they want, when they want and are not ones for taking command from us mere humans. Kittens may love a belly rub, but stroke their belly more than exactly 2.5 times and they will bite you into oblivion – just because they can.

Although this devil-may-care attitude might appeal to some, it takes a certain type of person to appreciate these (quite sociopathic?) nuances in cat behaviour fully, whereas the appeal of a puppy’s personality is generally a bit more universal.

And the winner is: PUPPIES. Sorry kittens.

Puppies and kittens are both hyperactive and a bit mad – which undoubtedly leaves us humans finding them even more adorable. But which of the two has the funniest quirks, good or bad, that leave us laughing every time?

Puppies are the masters of mischief, which is usually why you need to fully puppy-proof your home before bring one into your life. Chewing everything no matter where its been means that furniture, shoes and even underwear are no longer safe around your puppy. Chasing their tails, running into mirrors, barking at the postman and digging moderate craters in your garden are just a few puppy quirks we’ve come to love. And there’s always the famous rivalry between puppies and stairs to keep us entertained…

Where can we possibly start with the quirks of felines? From bringing you lovely ‘gifts’ of partially or fully dead creatures to running around at 4am for no reason at all – there seems no end to the quirky behaviour traits of cats and kittens. Few other animals will spend 20 minutes deciding whether they want to be outside or inside whilst you patiently hold the door open for them – and how do they thank you? By casually knocking over your possessions and lying across your laptop (only when you’re trying to do work, of course). And don’t forget the infamous ‘cat barf’ – only on the very nicest, whitest carpet in the house though. What would be the point otherwise?

And the winner is: KITTENS. Well done you insane, weird, furry little ninjas.

At two points each it seems we have a tie – and that’s hardly surprising. Puppies and kittens are both clearly very cute and, although people will sometimes prefer one to the other, each of them has their own set of traits that makes them irresistible and unique. The most important thing to consider when deciding on a pet is which will suit your lifestyle more.

Once you’ve decided you can always take a look at kittens and puppies for sale now, but be sure you truly are ready for a pet. And remember just how many loving pets are already waiting in shelters across Sussex – why not give one of them a forever home instead?

END_OF_DOCUMENT_TOKEN_TO_BE_REPLACED 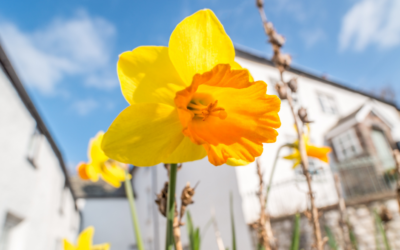