Everyone’s favourite son of Norwich: Alan Partridge, returns to our screens on the 16th February in Mid Morning Matters Series 2. In celebration of his triumphant – albeit wrought with gaffes – return to our screens, we countdown his top 10 motoring moments.

For most of us, a trip to the petrol station doesn’t really serve any secondary purpose to simply refueling and moving on. For Alan, the local BP garage is his favourite haunt; a place where he can seek solace, companionship and apple pies that are hotter than the sun. Whether strolling down the side of the duel-carriageway singing ‘Goldfinger’ or telling Michael the cashier that his petrol is “a bit obvious” and ” a bit petroly”, it is here that provides a lot of the series 2 highlights from I’m Alan Partridge. In one scene he and Michael observe an “idiot” in a Hillman Imp using the forecourt simply to turn around, to which Alan remarks “He thinks he’s Rod Stewart.”

9. Getting into bed with Kia

In Alpha Papa, we see Alan has opted for a Kia Optima. Frugal and affordable, it bares all the hallmarks of a Partridge car. The good news? Alan acquired the Korean saloon as a gift from Fendales Motors. The bad news? We know this because it has ‘Alan Partridge drives this Kia: Supplied by Fendales Motors’ splashed across the flank. A small price to pay for a free car that makes a locking sound so pleasing to Alan’s ears. “I love that noise” he boasts.

When Alan’s ill-fated chat show Knowing Me Knowing You is denied a second series, it falls to his PA, Lynn to deliver the news that petrol-head Alan must part with his beloved Rover 800 and downgrade to a Mini Metro. It’s a necessary sacrifice to keep his loyal Pear Tree Productions staff in employment. Despite correctly pointing out that it is in fact a Rover Metro, Alan is quick to snap “They’ve re-badged it, you fool!” Lynn’s subsequent pleas are met with the childish repetition of “I’m not driving a Mini Metro” and Alan decides his company can function with a skeleton staff of two.

In one of the opening sequences of Alpha Papa, viewers are treated to a lip-sync masterclass as Alan cruises down the motorway in his Kia, miming along to Roachford’s 1988 hit ‘Cuddly Toys’, breaking only to incessantly point out to a fellow motorist that their fog lamps are on despite there being “No fog!” “No fog!” “There’s no fog!”

Another instance of Alan losing his Partridge at the wheel came in the form of an explosive tirade at someone who disregarded his right of way at a junction. True to form, this “someone” who crossed him was just a child riding a bicycle.

Before his fateful meeting with BBC commissioning editor Tony Hayers, Alan discovers his Rover 800 has been defaced by “sub-human scum.” Thinking on his feet, Alan manipulates the emblazoned expletives to read ‘Cook Pass Babtridge’ instead… better?

4. The plural of Lexus

Alan is convinced that the plural for Lexus is Lexi. It’s a car which he describes as “the Japanese Mercedes” and agrees that anyone who drives a Merc is “sa-a-ad”. Unfortunately, his IS300 met bollard in an incident that saw Lynne suffer “minor woman’s whiplash.”

3. “Not my words Carol, the words of Top Gear magazine”

Many of us have experienced a bitter exchange with a former partner but it’s unlikely any us have taken one to the lengths that Alan did. Bored in his hotel room one afternoon, Alan rings his estranged wife solely to point out the flaws in her new lover’s choice of transport. “With a mere ninety brake-horse-power available, progress is too leisurely to be called fast, but on the motorway in fifth gear the Megane’s slow pace really becomes a pain. Uphill runs become power-sappingly mundane, while overtaking National Express coaches can become a long, drawn-out affair.” Not my words Carol, the words of Top Gear magazine…” ***Click*** “…Hello?”

It’s fair to say Alan would go to the opening of an envelope if it was on offer (remember his ‘Dante’s Fireplaces’ “gig”?) Never one to pass up an opportunity for a bit of extra cash (or a free car), Alan attempted to use his Christmas special: Knowing Me Knowing Yule as a vehicle for some subtle promotion of the new Rover Vitesse Fastback. Unfortunately for Alan, one closeup of the car’s badge too many was followed by a visit from Santa aka a salesman from Alan’s local Rover dealership Claus. Upon being read the joke “What car goes Woof Woof?”, Tony Hayers very bluntly queries “Is it a Rover?” Knowing he’s been rumbled, Alan exchanges some awkward glances with Santa who sheepishly reveals the answer to be “A Vauxhall Labrador” instead.

1. The cars of Cromwell

Alan has incorporated some stunning features into his radio shows over the years – think ‘Alan’s Deep Bath’, ‘Alan on Alan’ and ‘Which is the best Lord: Lord of the Rings, of the Dance, or of the Flies?’ His most recent offering in Mid Morning Matters saw Alan take calls on what cars major historical figures would drive if they were alive today. In a rare change of pace, Alan actually agreed with of his listeners. So much so, he described it as “The best call I’ve ever had” before trying and failing to arrange a drink with him. John from… “home”, suggested the following;

You can see the full clip below:

Will the new series spark a rise in demand for the Lexus IS300 and Vauxhall Insignia? Got one to sell? Sign up for a Friday-Ad dealership page and make sure you’re in prime position to declare “Back of the net!” when the Rover 800 faithful come calling. 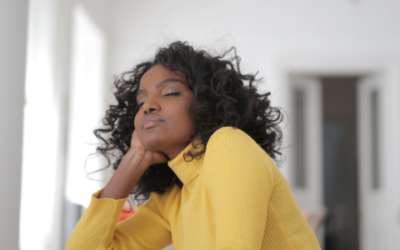 Back to school.. Now it’s time for YOU

It’s that time of the year again, the kids have gone back to school and the house is empty again. With your new-found freedom, there’s no better time to focus on yourself and tick off those things you’ve been wanting to do for ages or just make some time for self-care... 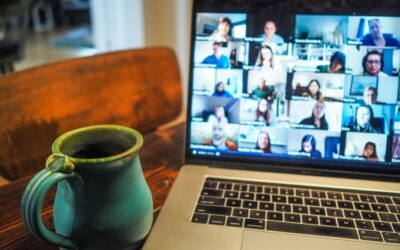 Adjusting to a new normal can be a bit of a tricky concept. Suddenly your set daily rituals have changed and what was once your regular routine, is now no more. But not all change has to be such a daunting and negative experience. Sometimes a bit of change can bring a... 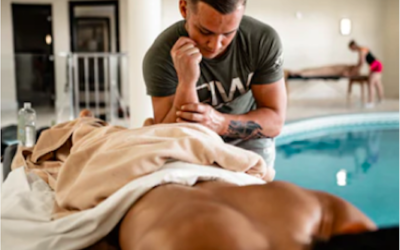 What is sports massage?

Matt Hobson is a sports massage therapist, fitness instructor and professional drummer/percussionist. A former Royal Marine with many years of touring experience and keeping fit and training to a high level, Matt trained at the YMCA to help people recover from...