Stephen Beal is a grass seed expert and the Sales & Marketing Manager at www.barenbrug.co.uk

These inventive outdoor methods focus around lessening the increasing emission of greenhouse gases that occur as a by-product of everyday gardening. Eco-friendly gardening looks to actively encourage the absorption of carbon dioxide by soil, plants and trees.

This guide has been written to inform those looking to make a change around their practices and principles in the garden.

What is Eco-Friendly Gardening?

According to an article by The Guardian back in 2017, it’s now inevitable that the Contiguous United States will have lost all of its glaciers in a matter of years.

Continually warming temperatures have swiftly reduced the size of 39 named glaciers in Montana since 1966. Some have lost as much as 85% of their expanse over the past five decades, with Glacier National Park, the home of 37 of the investigated glaciers, set to lose all of the ice formations within just decades.

These starling statistics, along with other countless examples from around the world, serve to highlight the increasing importance of combating climate change and reducing the carbon footprint of each individual.

Despite significant advancements such as electric cars, solar panels and biomass heaters, there are still many, often unrecognised, areas of our lives that may be hazardous to the planet.

Gardening is one such instance, where many of the tools and practices we undertake are actually hindering environmental progress rather than supporting it.

The great news is, there is a solution – eco-friendly gardening.

By replacing modern gardening ideas with a more targeted approach which takes care of natural resources, such as collecting rainwater, making your own compost and recycling, it is more than possible to preserve local ecosystems well into the future.

What Kind of Gardening Practices Should I Avoid?

Unfortunately, this just isn’t the case, since many processes that are used to make modern practices so effective and convenient are responsible for producing high levels of greenhouse gases.

If keen gardeners genuinely wish to pursue an organic gardening programme to reduce and rectify their carbon footprint, they must first be aware of what these harmful processes are.

While artificial fertilisers do contain the nitrogen to reinforce plant growth, they will also have been made using the Haber Bosch method, which converts methane from natural gas into hydrogen.

Of course, the side effect of this process is carbon emissions and the degradation of the health of the soil over time.

The solution to this is quite easy, though – make your own compost (we’ll talk more about this later). Not only does this save you money, but it’s also a good way of ensuring you’re using only 100% organic materials.

If you’re pumping heat into your greenhouse, you’re placing a strain on the environment unnecessarily. This is because greenhouses very seldom include double glazing and they’re built specifically to allow greater airflow to sustain the growth of the plants within them.

This means that if you’re heating a greenhouse, most of this heat will then be inadvertently escaping through the gaps and ventilation. Unless you’re generating heat through renewable energy sources, you’re actually wasting energy and creating further carbon dioxide emissions.

Subsequently, if you need to get heat to newly established seedlings, then it’s best to do so at home with either spectrum lighting or in an airing cupboard. By doing this, you’re using the warmth already in your home to support both your plants and your family.

Natural peat bogs are capable of absorbing vast amounts of carbon dioxide from the atmosphere; however, it’s thought that up to 15% of these peatlands have been drained for things like compost production. This, in turn, has rereleased the stored carbon dioxide back into our atmosphere.

There is good news though, since there are actually many peat alternatives out there that are readily available from good gardening stores.

Probably the most well-known and effective alternative is coir-based compost. Coir is actually a waste product which is created while processing the fibres of coconuts. Although this compost is transported all over the world, the shipping methods and transportation solutions create only minimal carbon emissions.

What Are the Best Trees for Reducing Co2? 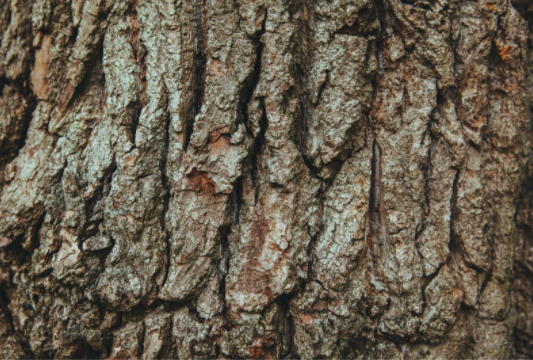 As is universally acknowledged, plants remove carbon dioxide from the atmosphere and turn it into oxygen. However, perhaps you didn’t know that carbon on Earth is always constant, and is capable of transforming and changing shape.

When we burn fossil fuels, such as oil and coal, which have been laying under the Earth’s surface for thousands of years, the carbon within them is then converted to harmful carbon dioxide emissions. Once these toxic substances enter the Earth’s atmosphere, they absorb and reflect infrared radiation, which contributes to the warming of the Earth.

The realistic, long-term solution to this is called carbon sequestration. This involves planting trees that will be able to absorb those harmful atmospheric outputs, during the natural process of photosynthesis, and stored within the plant for as long as it lives.

Although we’re aware that all living plants essentially carry out this function, larger trees are far more capable due to their considerable biomass, root structures and lifespan.

Trees like oak, pine and yellow poplar are well-known to be particularly efficient at drawing in and storing that carbon. 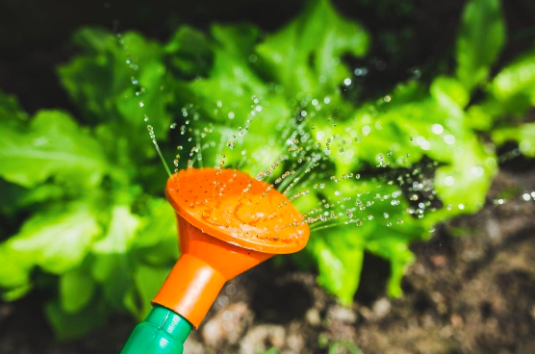 At peak demand, gardening is capable of consuming up to 70% of the UK’s water supply. This demand for such a valuable resource has meant that many organic gardeners have had to devise their own reduce, reuse and recycling techniques to ensure they aren’t creating a further burden on the UK’s water infrastructure.

Many of these techniques aren’t expensive and don’t require any specialised expertise to put into place.

Plants such as lavender, verbena and, of course, the cacti are incredibly robust and therefore, do not require the same amount of water as others. With this being the case, it’s a good idea to plant a few of these plants if you’re looking for a touch of style and colour, without the need for constant watering in the summer months.

It’s far more efficient to water your garden in the evening than at any other time during the day. This is because water is less likely to evaporate, and the plant will then be able to retain more essential oxygen and nutrients.

This is especially important during the warmer months, because, in addition to swift water evaporation, any water that settles on the leaves can be scorched by the hot sun. This is less likely to happen during the evening when the air is mild.

In 2019, the UK recorded an average rainfall of 1,229 litres. For the eco-friendly gardener, this is an excellent opportunity to make good use of the natural weather patterns in the UK by collecting this abundance of rainwater in rainwater butts.

By collecting this water excess during the wetter months to be used in the summer, not only are you reducing your own water bills but also helping to preserve natural sources.

On the plus side, most plants prefer natural rainwater over tap water too.

Even if it’s not particularly nice to look at, reusing water from your kitchen, showers and baths (greywater) is perfectly safe to use in the garden.

Do bear in mind though, if you’ve been using it to clean anything and you’ve added bleach or disinfectant to the water then it can be harmful to the plant and the soil itself. In this case, it’s much better to throw it away.

Even seasoned pros can be prone to over or under-watering at times; however, falling victim to either means that it can hinder the progression of growth as well as wasting water.

The best thing to do to avoid doing either of those things is to inspect the soil around plants with a trowel blade – if it’s damp there’s no need to water. Only do so if it feels dry.

As a general rule, most plants only require around 24 litres of water every 10-14 days. However, this is dependent on the type of soil you have. For instance, sandy soils will need more water than denser soils and clay-based will require less frequent watering but in larger quantities. 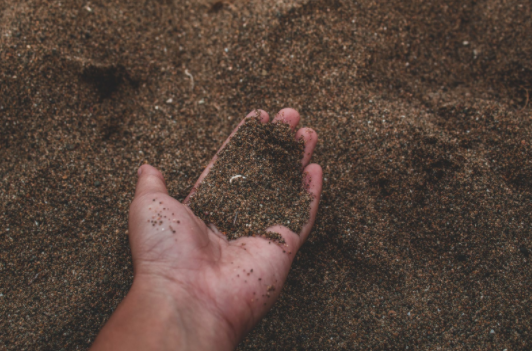 In addition to making the most of rainfall and greywater, there are numerous items around the home that can be redeployed for use in the garden. For example, plastic drinks bottles can be cut up and used to protect developing fruit and vegetable crops.

Smaller plastic containers such as yoghurt pots and milk cartons can be used for storing plant food, seeds and cuttings. Ultimately, so long as your recyclables didn’t contain any toxic chemicals that could be harmful to the plant, soil and wildlife, then it can be reused in the garden.

One of the most common recycling projects for gardening is making your own compost. No matter what type of soil you have in the garden, a rich, natural compost is capable of improving the health and vitality of the ground.

This means everything from helping to retain moisture and nutrients to ensuring that root systems can grow wider to make the most of further nutrient opportunities and encourage beneficial bacteria.

Making Your Own Compost

Making your own compost is surprisingly straightforward and doesn’t require any specialist equipment. Your ingredients will be the organic materials and household waste, that you would ordinarily dispose of, such as:

When making your compost, you should only ever use organic material. Never contaminated materials such as weeds, diseased plants, garden waste that has had pesticides or chemicals applied to it or any food that may attract rodents and pests, like dairy, meat or oil.

Once you have enough organic matter to start your heap, shred or break them down into smaller pieces and then arrange them into a pile or in a compost container.

Always be sure to remove seed heads of any plants you’re throwing in and chop up branches or untreated wood to speed up the composting process.

Although starting the compost heap is really easy to do, you could be waiting around 12 to 18 months for results, but the wait is definitely worth it, safe in the knowledge that you’re producing a much better product without relying on non-sustainable natural resources.