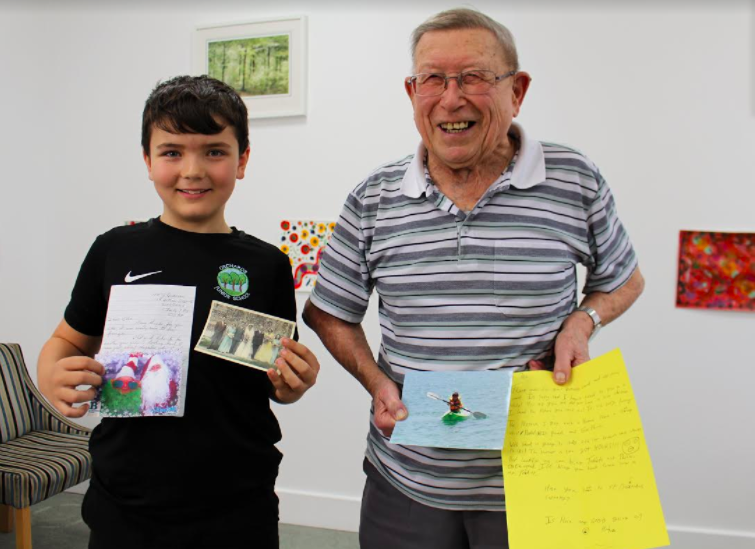 An 88 year old St Barnabas House patient and 10 year old schoolboy have become pen pals after meeting at the hospice’s St B’s Schools Project – a pioneering scheme which invites local schoolchildren to visit the hospice to learn about hospice care and explore issues such as life, death and bereavement.

Don Pearman, who lives on his own in Worthing, was referred to St Barnabas House in July 2019 after receiving the news that he had incurable heart failure.

Don admits that before visiting St Barnabas he was “very close to giving up”.

“My health had suddenly been taken away from me and I couldn’t see a future. I’d gone from being really active, to thinking, for god’s sake, just let me go.

“But when I walked through the door to the Day Hospice, I could feel the happiness. Even though people are unwell, I could hear laughter and joking. There was such a lovely atmosphere. The whole experience has completely turned around my perspective on life.”

As well as attending the Day Hospice on a Wednesday, Don participates in the St B’s Schools Project alongside other fellow patients. Visiting schoolchildren, aged 9-10, are paired up with patients who they get to know and take part in creative activities with. Pupils receive a tour of the hospice and there is a celebration at the end to which parents are invited. 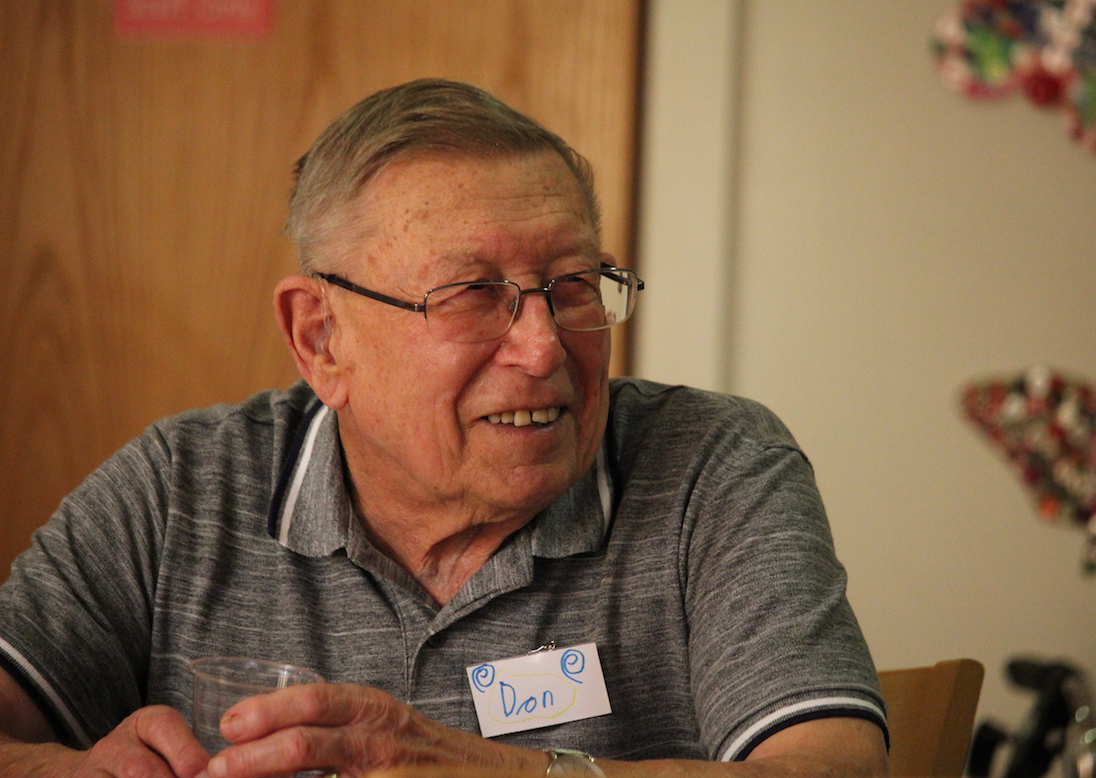 “Before Christmas, I was paired up with a lovely lad called Ollie. When his mum came in on the final day, Ollie gave me a nice thank you card, and I was really happy when they asked if he could write to me again.

“Ollie sent me a lovely Christmas card and in it, he said he’d just had his 10th birthday. So, I sent him a card and wished him a belated birthday.”

Since first meeting at the Schools Project, Don and Ollie have now exchanged three letters and Don says he “really values the companionship”.

“My wife of 49 years, Doreen, died of cancer in 2004 and I’ve also sadly lost both my daughter and son to cancer.

“I get by alright on my own, but I don’t get many letters these days. So, I enjoy it when one comes through the post from Ollie.

“I enjoy reading what Ollie’s been up to. He asks me about my family, my travels around the world and my time in the Royal Air Force. There’s lots to tell him. I’ve had some rare old times.

“Even though there’s a 78 year age gap, I’m pleased that we get on so well. It makes me feel like I’m young again. I think back to the little old school I went to and all the fun we had, even though there was a war going on. I say to Ollie, enjoy your school life as it passes fast.”

When Ollie was told he would be visiting St Barnabas House with his classmates he admits that he was concerned that a hospice might be “a bit of a scary place”.

“But when I came to St Barnabas for the first time with my school, I saw that it was a very lovely place. We visited once a week for three weeks and the people were really friendly and caring. It was a lot of fun getting to know Don and I’m glad the hospice helps him so much. After the project finished, I wanted to stay in touch with him.

“I was happy when the Headteacher gave me his address to send a card to. I really enjoy receiving Don’s letters and hearing his stories.”

Ollie’s mother, Kim Samson, said: “The Schools Project is an amazing initiative between local schools and St Barnabas to pair children up with patients and for us there has been a totally unexpected outcome. I’m really proud of Ollie and I think Don is wonderful and funny and he gives Ollie a totally different perspective on life.”

Don adds, “I think it’s important that children like Ollie get a good understanding of life. When I was a young boy, people weren’t interested in telling you anything. When somebody was really ill, I wasn’t taken to visit them and I certainly didn’t go to any funerals. You didn’t know what was going on really. Nowadays, things are a lot more open which is much better. If you’re honest with kids, there’s less for them to be scared of.” 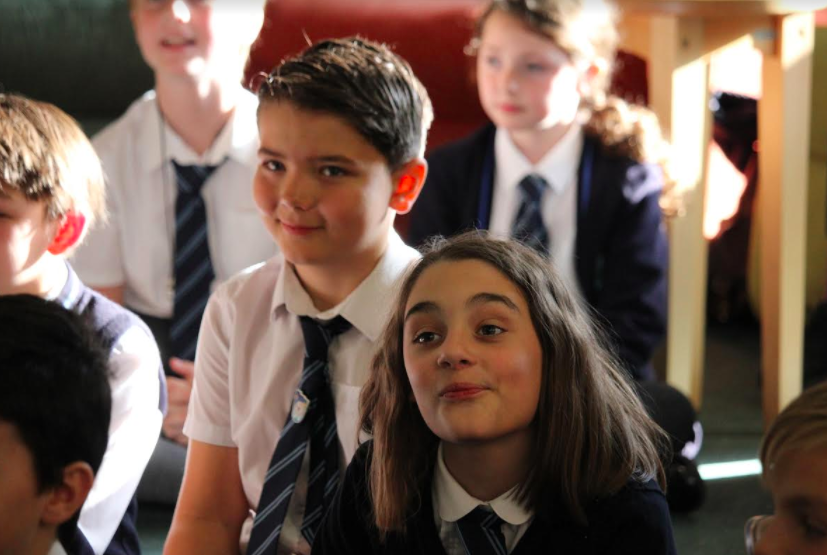